John Germain Leto and Eden Clark, both highly successful entrepreneurs since their 20’s, started realizing the path they were on may not be all there was to life. Despite money, success, fame, and what seemed to be a “perfect” life, their souls and hearts still ached for something more.  But what?  Without knowing each other at the time, they both dove head first into exploring all it meant to be human – from ceremonies deep in the Amazon jungle and remote mountain treks in the high Andes, to intense shamanic rites of initiations with indigenous medicine men and women, to extensive personal work and meditation, to seeking to understand the fears and struggles common to all people everywhere. They struggled, they faced their fears, they healed, they witnessed miracles, and they emerged forever changed. They both awakened within themselves the true potential of human life and have since manifested their lives from a place of power they had never even known was possible.

In their separate careers, both have been featured across hundreds of national TV and news media including MTV, Entertainment Tonight, People magazine, CNN, The Today Show, MSN, Glamour, and many more mainstream media outlets. They have spoken to thousands in seminars around the country, held workshops and ceremonies all over the world, and work with people 1-on-1 in private sessions. 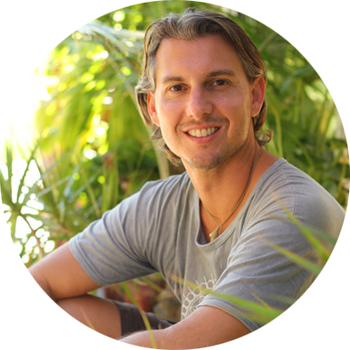 After a successful career as an agent for such artists as Beyonce and Usher, I ached to make a bigger difference with my life. Not being satisfied with just “making money for famous people”, and wanting to be of a greater service to others, I left that career behind to embark on my own highest path. I now coach hundreds of people to greater success and have spoken to thousands through my seminars across the country. I’ve been featured in USA Today, Life & Style, and the New York Daily News as well as appeared as a life coach on MTV’s “Made”, in addition to ABC News and Entertainment Tonight.

During my 12-year career as a founder and corporate executive of multimillion dollar companies, I had the privilege of being featured in over 100 national magazines and TV appearances, from The Today Show and CNN to People magazine and Glamour.  Despite my success and fast-paced lifestyle, my life called me to step into something more.  A rapid series of challenging life-changing events – including a painful divorce, a massive car accident, and the destruction of my company by unscrupulous investors – collapsed my world as I knew it and drove me deep into an awakening.  I was broken emotionally, physically, and mentally, and was forced to take a hard look at who I had become versus the reality of who I really was.  In the process of grief and re-building, I uncovered my gifts of vision, connection to the unseen world of Spirit, and a primal unconditional love I held for all people.  From this place I could no longer stay in the corporate world, so off I went to find my true path.

I have since received direct initiations and studied extensively with indigenous shaman in the Amazon jungle; with master shamans of the Q’ero in the sacred mountains of Peru – a beautiful people who are the direct descendants of the Inca; with indigenous traditions of various Native American and First Nations wisdom keepers; with Dr. Alberto Villoldo and The Four Winds Healing the Light Body school; and with Drunvalo Melchizedek and his School of Remembering and Awakening the Illuminated Heart.  As part of my abilities as a seer, I was gifted the Quechan name “Chaska Nyawi” by a respected indigenous medicine man, which I came to learn means “she who sees as the stars”.  I am also a Reiki Master in the Usui Ryoho tradition and trained in the Tantric Dance of Feminine Power, among other feminine-based wisdom traditions.

Through all of this I discovered my love of writing and connecting directly to my angels and guides, and have been a published author with Random House and written for countless magazines and blogs including PREVENTION magazine with more that 10 million readers.

My deepest desire is for you to step out of the exhaustive cycle of what you think your life has to be, and instead realize the truth of who you are and the potential you have to fully create your life.  You are more than you think you are.   It’s time to remember.