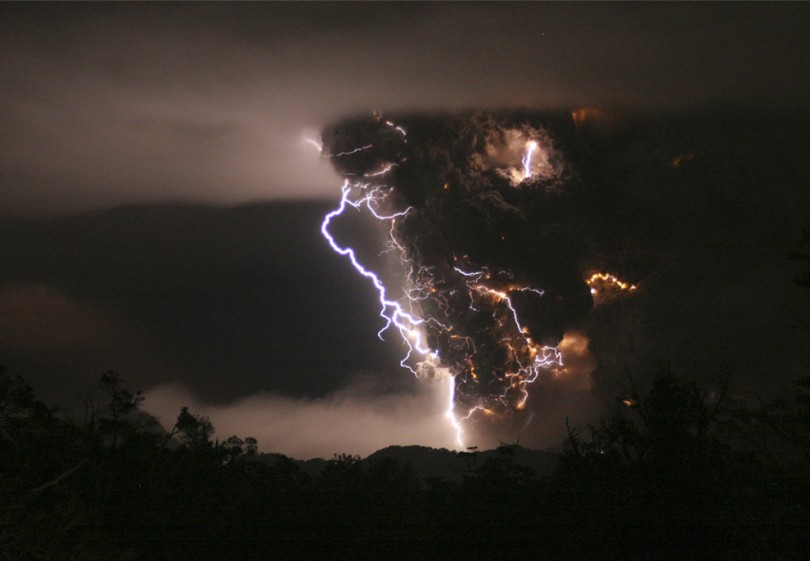 Its hard to put into words a potent spiritual experience, but here it goes:

On Christmas Day, being down near New Orleans with John’s family, a powerful but short-lived storm swept through. I have rarely seen anything like it. Tornado warnings were going off as black stormy clouds hovered low. Gusts of gail-force winds blew us sideways and icy rain pounded the pavement harder than I had ever seen. Lightning & thunder boomed overhead every 20 seconds, shaking windows and sending family members scrambling. Something beckoned me outside, so I stood under the covered patio (much to the family’s concern), feeling the wind and gusting rain against my face. I was simply in awe. With every boom of thunder and flash of lightning, my pregnant body could feel and sense the raw power of Mother Earth unlike anything I had ever felt. I needed to be outside. I ached to connect with the storm. I felt the rippling of a potent electric current through my body that made me well up with tears. All I could do was stare up at the sky and watch the swirling clouds and incredible force of nature creating the storm.

What was this energy? Where was it coming from?

Suddenly I had a deep knowing, an incredible opening that overcame my entire being: As a pregnant woman soon giving birth naturally, I was awakening a deep inner wisdom that I would be connected in some primordial way to this same power, to the raw potent force of Mother Earth. The force of this storm is what I could call forth in birth, it was my divine gift and inherent ability to channel this same energy through my entire being. Its who we are.
We hold this same power to shake trees and boom thunder and spark lightning. To birth Life itself. True, raw, unbridled, power. The kind of power that has scared patriarchy and changed civilizations, the same power that has moved armies and birthed nations.

Every time I deepened this thought I felt rushes of energy ripple through my body and in to my womb. It was a stronger energy than I had ever felt, but instead of being scared I allowed myself to open to it. I felt the most powerful I have ever felt. My body was literally tingling with power as I drank deeply from the connection to the storm.

My beloved soon joined me outside and wrapped his arms around me. It was a beautiful moment standing in my fullness, acutely present to my power, as I nestled in to the divine masculine energy who stood as my balance, my anchor point, and my protector. We stood together in silence feeling the raw power of the moment, so deeply connected to Earth’s energy and feeling blessed at this new found power we were stepping in to. There is a reason birthing is a sacred rite of passage. For once I felt I truly understood the potential of this gift and my power as a woman, as Mother Earth, and as the divine feminine vessel for Life itself.

Soon after the storm passed, the rain stopped and the clouds dispersed. As swiftly as it came it left, giving way to the setting sun and a beautiful pink and purple-tinged sky.

Thank you mother earth for the lesson.