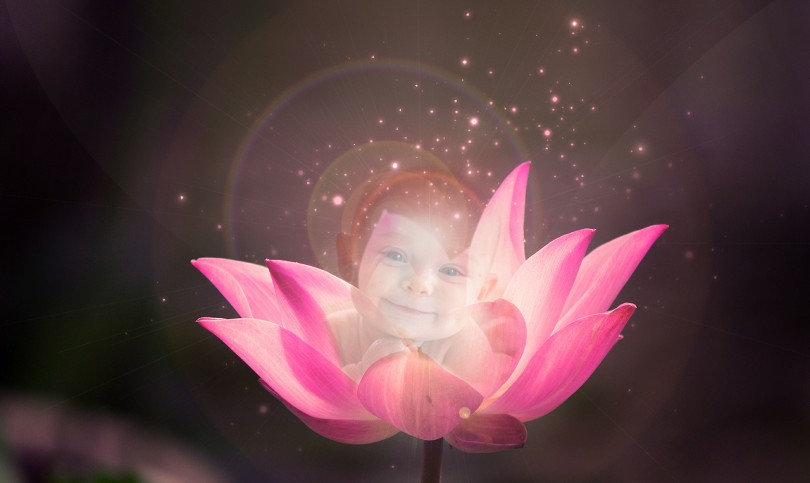 I’m going to share something that may sound pretty out there for some of you, but I felt it was important – especially for those of you who have lost a child, be it through miscarriage or conscious termination. I’ve had several experiences now, both in my own journeys and with clients, that have shown me a different paradigm to the lasting impression of a soul within our body and their desire to come to the realm we call “earth”.

But first, some concepts:

Women are portals. We are vessels of pure Creational energy, and whether we choose to (or can) have children or not, that vortex of opening to a different realm exists within us. This is important to understand because a portal is basically defined as “a gateway or doorway through to something”. In this case, that something is the earth realm. The other side before we pass through the female body is the realm(s) from which we originate – whether your belief is God/Source, heaven, void, a higher state of being, a star, another solar system, or so forth. After all, if you believe we go TO somewhere after we die (aka heaven or the afterlife), then we must have COME from somewhere too, right? As women we are the portal for beings (souls) to come THROUGH us in to this earth realm. We are therefore gifted the ability to grow a human body in alignment with the physical 3D realm, a realm based in matter and form of a denser vibrational frequency. We grow a human shell, and the portal allows the soul to incarnate into that shell within our wombs, then be birthed in to physical reality should the mother be able to do so.

(WHEN that incarnation happens is up for debate… some spiritual traditions say it is at month 4 or 5, a time referred to in medical terminology as “the quickening” when the mother first feels fetal movements… many traditional religions believe it is instant in the moments after conception… other traditions as well as many midwives and doulas I have spoken with believe a soul is not FULLY in its shell until the moment of birth or often in the minutes or hours after. They say the soul comes in and out until the actual birth (which, by the way, was my experience). My friends in the birth field have said they have witnessed in absolute clarity the moment the soul “came into” a baby’s body moments after birth. The baby blinked and their eyes changed, they suddenly had cognition, and they came alive. Their soul was now “in”.)

We live in a physical 3D realm, which is one of polarity (up/down, male/female, north/south, black/white, hate/love, ying/yang, etc). However, there are many “realms” or layers of frequency within the greater “earth realm”. I have been shown there are millions, if not an unlimited number of realms within what we know to be the earth realm. You could say Angels live in one of these other earth realms. When we dream we journey to these other realms. Some people say our “higher self” resides in one of these elevated or higher frequency realms. The concept of “heaven” is one such other realm, but still within the earth realm. Then there are concepts of elemental spirits, ghosts, people who have crossed we can still communicate with, etc… they are all still part of this earth realm, but different than our physical 3D one.

Sometimes the human shell (fetus) has a hard time growing, for whatever reason, and abruptly stops. Other times a woman has had to make the very, very, hard choice to terminate because of personal circumstances. But in either case, the SOUL or imprint of the being can (but not always) remain. It can stay lodged, whether by choice or by what I see as being “stuck”. I have worked with many women in my 1-on-1 work who have miscarried or terminated, and the imprint of the child remains. Even though they haven’t told me (often its something that happened years or even decades earlier), when I go to work on their womb space the image of a baby (or being) is quite noticeably still there. Usually I first ask if they are pregnant, and if not, then I know they had a miscarriage or termination. Often they say they still feel “haunted” by what happened, or have troubles conceiving. Sometimes they continue to miscarry or began having other womb-related issues. Regardless, there is almost always an imprint of some sort of the being that was trying to come through.

So here’s where it gets interesting:

When I was pregnant with Aquiline, I had a very intense dream in which I was fully cognizant of the journey. Meaning, I knew I was journeying in another realm, what people call lucid dreaming. There was a part where I was in a tub and went in to labor. I remember panicking and saying “Wait! Not yet! I still have 3 months to go!”, but out came a baby. But in that next instant, this being I birthed went from baby to FULL adult. They looked human, but not quite – they had a luminous iridescent quality to them, and it was masculine in energy. They looked at me square in the eyes and said, somewhat arrogantly, “don’t worry, you are still pregnant with your daughter – look down, she is fine” (to which I did and saw I was still pregnant). In my confusion I looked at him and asked “What just happened then?” He replied, “I just needed to use you as the portal to enter this realm, so thank you“, and he turned around and vanished. I burst awake, my heart beating fast, wondering what the hell had just happened to me. I FELT this being come through me, as clearly as a birth. When I later journeyed in meditation and asked my Guides, they told me that (especially as a pregnant woman) I was very open, my PORTAL was completely open, to allow a soul to come through. Given my work with the spiritual realms now (and somewhat poor boundaries that I’m still working on), I unknowingly allowed another being to come through me “who wanted to be birthed in to our earth realm.” He just needed someone – a woman’s portal – to do it through.

This became apparent again on a session recently. A woman came to me for an unrelated issue. Her womb space was heavy and the 2nd chakra was spinning backwards. When I went in to it to clear away the old energy, I saw a VERY solid, very content being. Given the relationship issue for which she came to me for, I knew it was highly unlikely she was pregnant. I asked if she had miscarried, and yes – she had about 8 months earlier. When I tried to clear this imprint, it would not go. It became more solid, more resistant. Not wanting to force anything, I decided to speak with it. It quite clearly showed me it still wanted to be birthed in to this earth realm. It was waiting. And so, I had her speak with this being, thanking it for coming to her. The being also thanked her for trying to grow a body for it, although she could not. I then worked with her (the woman) to actually BIRTH this being in to the earth realm. No, not physically, but etherically. The SOUL of this being still needed a “birth” to come out in to this realm (its intention all along) and detach from its host – the portal through which it came. It did not need a physical body, it was more than happy to simply be birthed in to the realm we call earth and exist here for whatever intention and purpose it had.

Needless to say, this woman had a major release and many things healed that day for her.

Through my meditations and experience in session, I have come to understand this in more detail. But the short of it is that our existence here on earth – and how we get here – is far greater in scope than we realize. A woman who has miscarried or terminated a pregnancy should never, ever, feel guilt or shame at what has happened. You are still a miracle, you are still a tremendous portal of creation. Perhaps your purpose was not to birth physical babies, but etheric children of the new earth who are here to help, but in different planes of reality. I know there are millions of women out there who are made to believe their bodies are not good enough, or they are evil or wrong for their choices. Please know that nothing is farther from the truth.

You are loved, you are perfect, and you can always be a portal for creation to birth forth in to this realm, in many dimensions and in many ways.